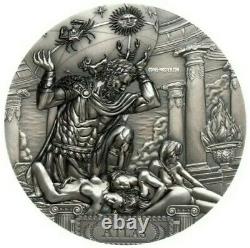 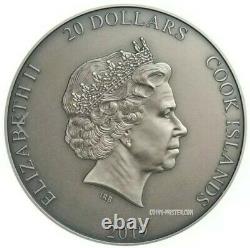 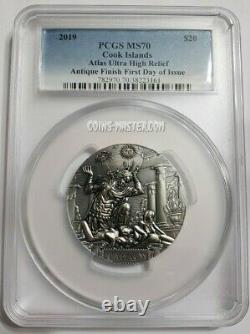 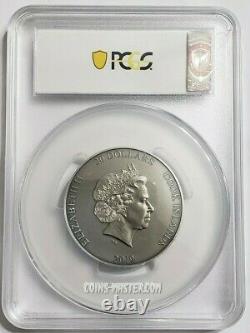 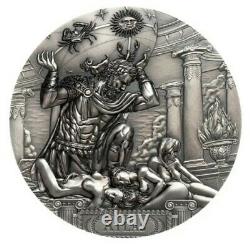 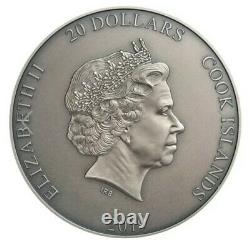 Titan Atlas & the Hesperides is the issue in the parallel series to the hitselling God series. Atlas is the Titan of endurance and astronomy. 999 silver on a 55mm blank using Smartminting. It gives it an ultimate high relief and added a new special antique finish with dark highlights. Limited Mintage Only 333 Pieces Wworldwide.

In Greek mythology, Atlas was a Titan condemned to hold up the celestial heavens for eternity after the Titanomachy. Atlas also plays a role in the myths of two of the greatest Greek heroes: Heracles (the Roman equivalent being Hercules) and Perseus.

According to the ancient Greek poet Hesiod, Atlas stood at the ends of the earth in extreme west. Later, he became commonly identified with the Atlas Mountains in northwest Africa and was said to be "King of Mauretania". Atlas was said to have been skilled in philosophy, mathematics, and astronomy.