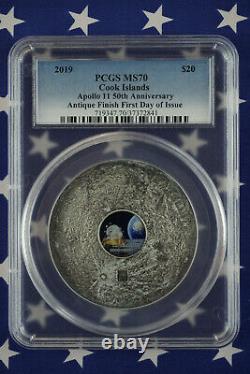 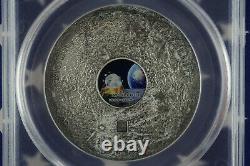 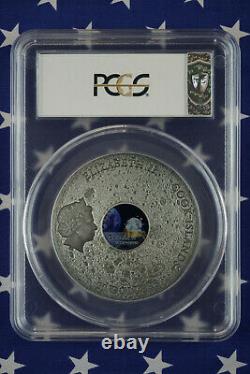 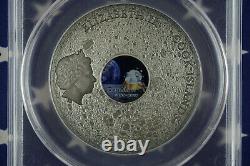 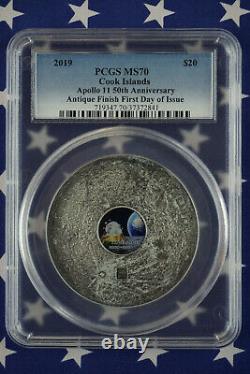 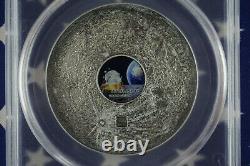 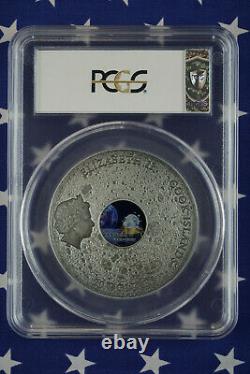 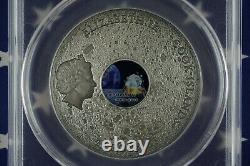 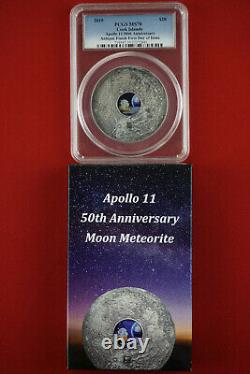 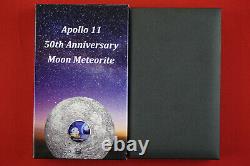 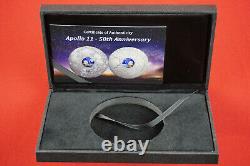 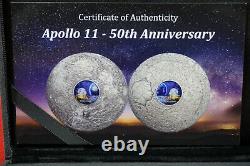 Apollo 11 50th Anniversary Antique Finish First Day of Issue. This coin is graded a perfect MS70 by PCGS and is a First Day of Issue. As of 5/14/19 the total PCGS population for this MS70 is just 79 coins. It is Smartminted, a 3oz huge 65mm diameter. 999 fine silver, antique finish, and just 99 pieces released worldwide.

This coin celebrates the 50th anniversary of the Apollo 11 mission that was the first manned space mission to land on the moon. Apollo 11 was the spaceflight that landed the first two people on the Moon. Commander Neil Armstrong and lunar module pilot Buzz Aldrin, both American, landed the Apollo Lunar Module Eagle on July 20, 1969, at 20:17 UTC. Armstrong became the first person to step onto the lunar surface six hours later on July 21 at 02:56:15 UTC; Aldrin joined him 19 minutes later. They spent about two and a quarter hours together outside the spacecraft, and collected 47.5 pounds (21.5 kg) of lunar material to bring back to Earth.

Command module pilot Michael Collins flew the command module Columbia alone in lunar orbit while they were on the Moon's surface. Armstrong and Aldrin spent 21.5 hours on the lunar surface before rejoining Columbia in lunar orbit. The coin features a window that depicts the Lunar Module on the surface of the moon. Limited mintage to only 99 coins worldwide! This coin comes with the original box and numbered certificate of authenticity.

999 Silver 3oz PCGS MS70 First Day of Issue COA+Box. Coin pictured is the one you will receive.

Please read the Terms of Sale below for other details. Good Luck and Happy Treasurz Hunting!!!!!

The seller is "truetreasurz" and is located in Evansville, Indiana. This item can be shipped to United States.