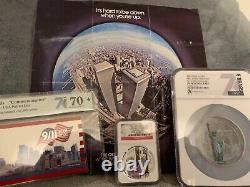 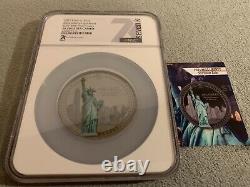 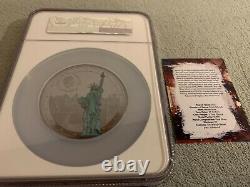 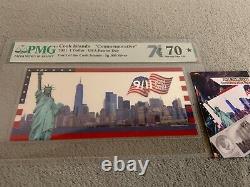 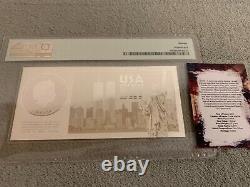 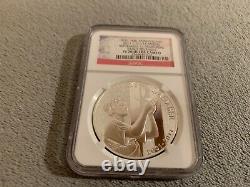 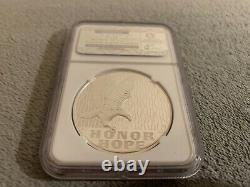 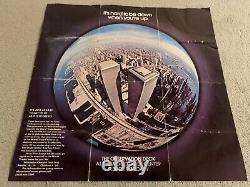 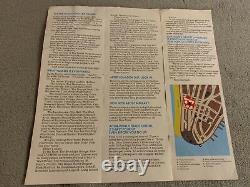 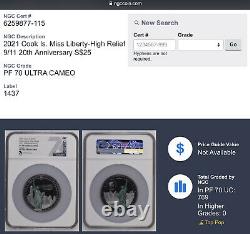 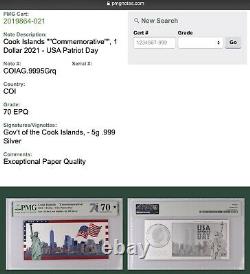 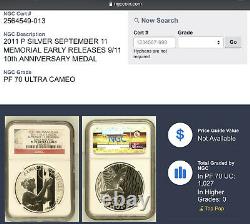 This incredible 5 Oz Silver coin depicts the Statue of Liberty and the New York area skylines designed by the well-known professional numismatist and award-winning author Michael "Miles" Standish. The coin is graded PF70 Ultra Cameo, has a Black Proof quality with a beautiful green coloration and comes along with the Certificate of Authenticity. Limited mintage of only 911 pieces worldwide!

The reverse of the coin features a light green image of the famous Statue of Liberty and on the back the amazing skyline of New York. On the top of the reverse, the inscriptions: "MS" - the initials of author Michael Standish, "2021" - the issue year, "MISS LIBERTY" - the name of the coin and "9/11 ALWAYS REMEMBER 20th ANNIVERSARY".

The obverse of the coin features the back renditions of the Statue of Liberty. On the left part of the obverse, the effigy of Her Majesty Queen Elizabeth II and the inscriptions: "ELIZABETH II" - the name of the Queen, "COOK ISLANDS" - the issuing country and "25 DOLLARS" - the face value. 2 MISS LIBERTY (PMG70) 20th Anniversary. This commemorative Silver note as a token of those memories and a tribute to those who lost their lives that fateful September day. The bill is partially colored and incorporate a Certificate of Authenticity.

Condition is worn, but still a great remembrance of those beautiful towers. Removed from the observation deck in the 1970s. This item is in the category "Coins & Paper Money\Coins: World\Australia & Oceania\South Pacific". The seller is "dav-sales" and is located in this country: US.