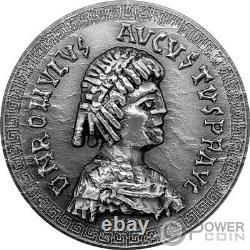 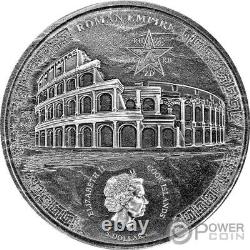 This 1 Oz Silver coin is part of the "Roman Empire" series and is dedicated to the Romulus Augustulus, traditionally considered to be the last Western Roman Emperor. The coin has an Antique Finish quality, has a beautiful Ultra High Relief and comes in a capsule along with the Certificate of Authenticity. Limited mintage of 500 pcs worldwide.

At the bottom the effigy of Her Majesty Queen Elizabeth II with all around the inscriptions: "ELIZABETH II" - the name of the Queen, "COOK ISLANDS" - the country of issue and "5 DOLLARS" - the face value, at the top the inscription: "ROMAN EMPIRE" - the name of the series. This item is in the category "Coins & Paper Money\Coins: World\Australia & Oceania\South Pacific".

The seller is "powercoin_italy" and is located in this country: IT. This item can be shipped worldwide.